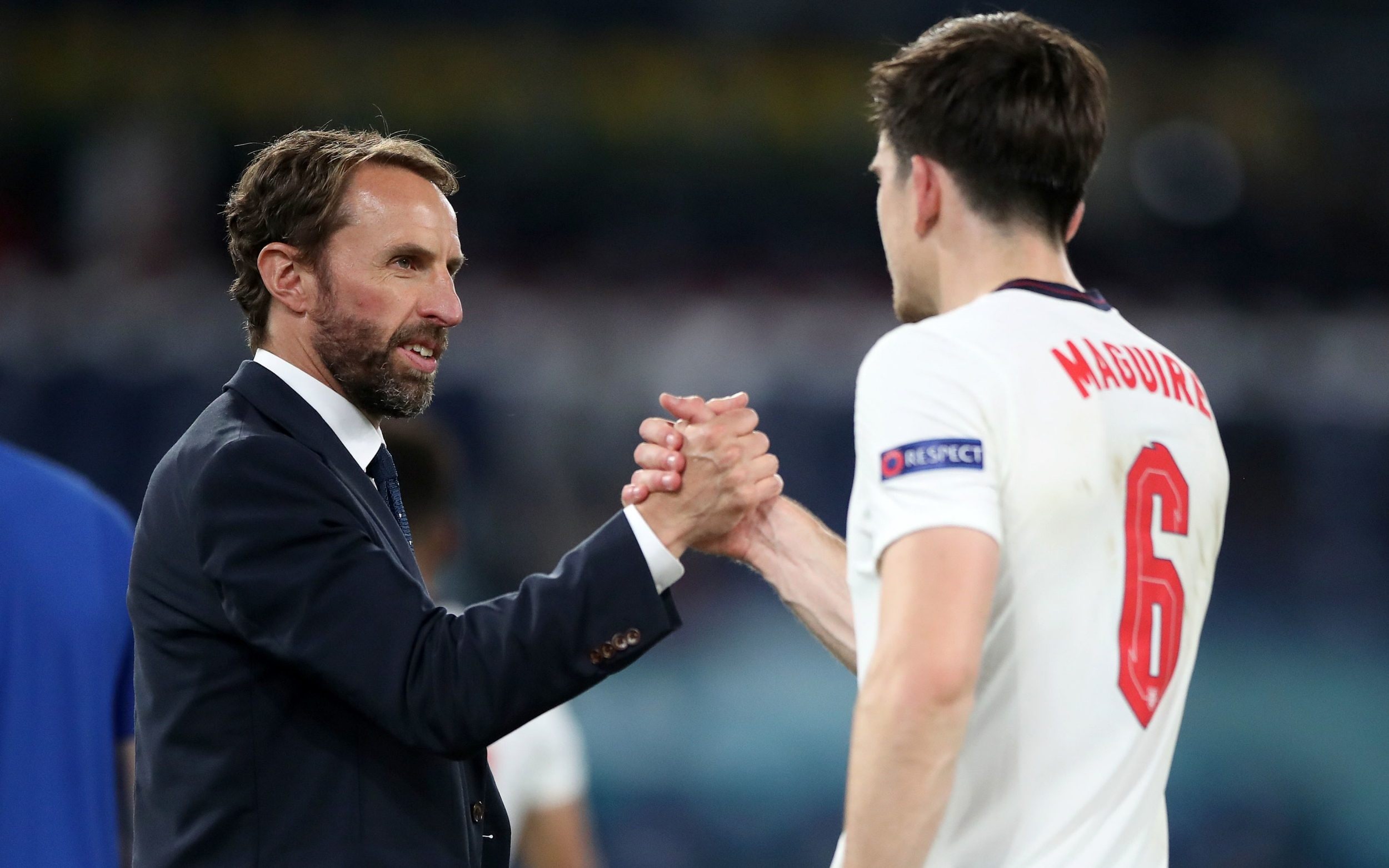 Gareth Southgate admitted he was set to put his England reputation on the line by standing by Manchester United’s out-of-favour captain Harry Maguire in Milan on Friday.

Maguire is expected to start in a back three against Italy in the Nations League fixture, which is England’s penultimate game before the World Cup. The decision could pile more pressure on Southgate, who was booed and jeered by supporters at the end of the shocking 4-0 thrashing by Hungary in England’s last game in June.

“I am the manager of England and you are judged purely on results and in the moment,” said Southgate. “I am 30-plus years in football and I know how it works with fans. The most important thing is the players are together, the staff and I am supported by the people I work with and the rest…I am my own biggest critic, I am somebody who will always review everything intently however well it has gone, and you don’t expect to lose 4-0 at home and not be criticised.”

Asked if he was putting his reputation on the line by standing by Maguire, Southgate replied: “Whatever reputation I have, I’m putting it on there. I think, look, you always have to back your judgment and we feel he is an important player.” Maguire has lost his place in the United team since the arrival of Erik ten Hag as coach, having been dropped after the embarrassing 4-0 defeat by Brentford over a month ago.

Since then, Maguire has started only once, the 1-0 defeat by Real Sociedad in the Europa League, before losing his place again for the trip to FC Sheriff, in which he played one minute as a substitute. With John Stones suspended for the trip to Italy, Maguire could line up in a back three, which is unpopular with a group of fans and critics, alongside the recalled Eric Dier and Kyle Walker.

“He understands that he’s at a big club, big transfer fee and captain of the club so I think that’s why the spotlight has been on him more. But he’s focused on training well every day and getting himself back in the team. The squad we’ve picked, there are a fair number of players you could argue we could have left out, but I think we wanted to keep that group together and to keep them involved. But also they know that, for some of them, that they need to be playing more regularly because now we’re only a few weeks on from pre-season, so, physically, if they’ve had a few 90 minutes, that’s fine. Another seven or eight weeks, that does start to become more complicated.”

Jordan Pickford’s injury may offer a chance to Nick Pope in goal, while Southgate confirmed that Jordan Henderson would not be involved against Italy, meaning Jude Bellingham is set to start next to Declan Rice in midfield. Harry Kane will start up front and England’s captain revealed that he has hired a Spanish physio, who he flies in once a month, to help with his ankle injuries that have previously caused him problems.

“I did my hamstring in January 2020 against Southampton away and since then I’ve actually found this new physio and we’ve been working together for nearly three years now,” said Kane. “He’s been really great for me, we’ve worked for hours and hours over the three years, built up a really good relationship and I’ve seen changes in my body in terms of what my ankles were like before and now after. I’m in a totally different place. So, it’s really pleasing.”

Kane did not want to name the physio but added: “I wasn’t anxious, but I was frustrated. Whenever you’re trying to put a good season together, you’re in good form and you consistently get the same kind of injuries – I kept getting ankle injuries and that led to a bigger hamstring injury. So, I think as I’ve got older and more mature, you learn more about your body and how your body adapts to stuff, when you can push and when you should not push too hard. So you learn as you go on, and I’ve definitely learnt really well over the last few years about my body and myself. That’s helped me to consistently play at the level I have.”