Emiliano Monge: “Of my books, this is the one that has hurt me the least” 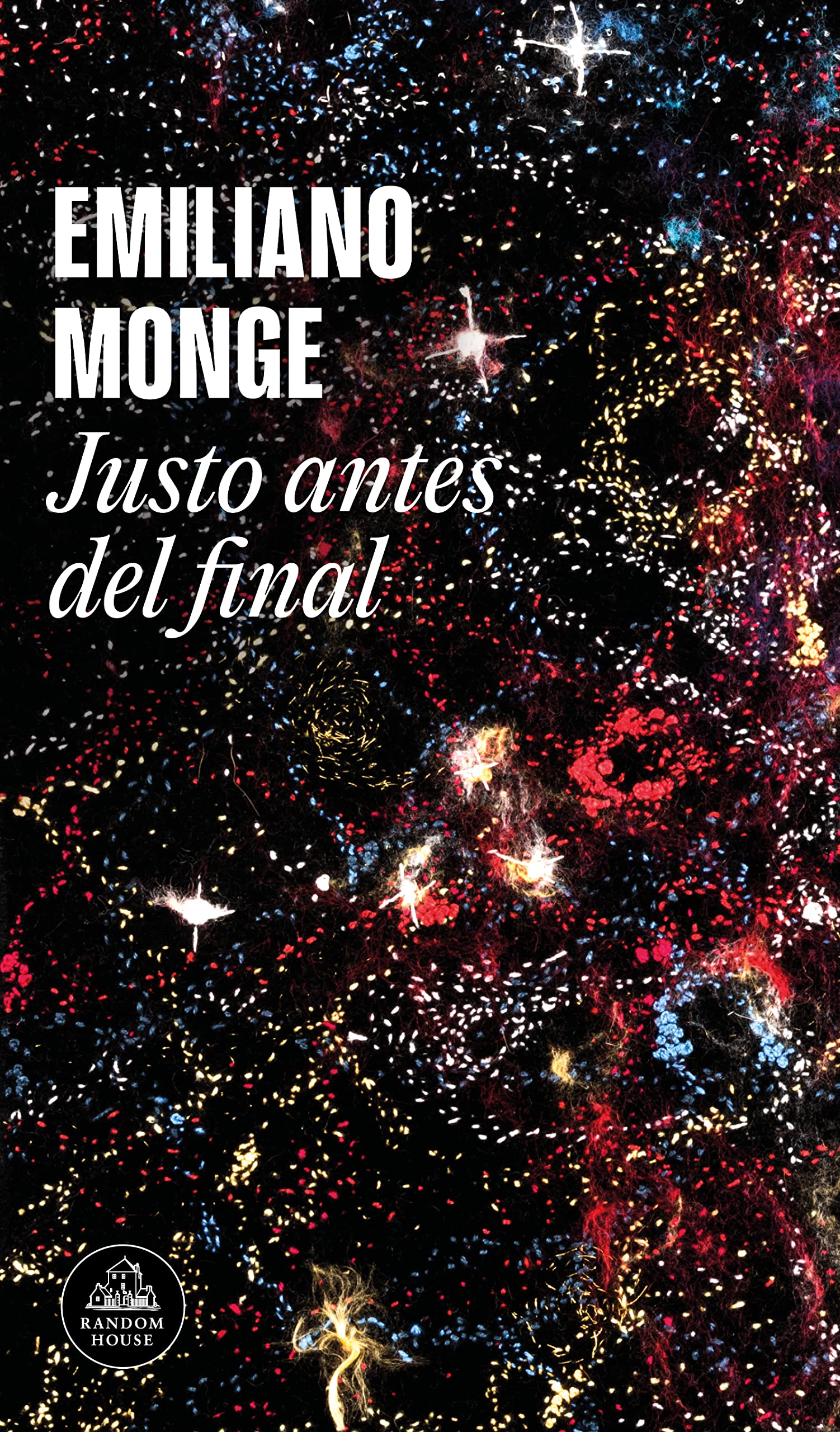 Emiliano Monge (Mexico, 1978) appears with his inseparable smile, he immediately draws attention among people because he is a giant and greets everyone. He is the writer who was struck by lightning and survived, he says in his book.

He denies being famous, laughs and stretches his arm where a tattoo with the phrase is read: “I was born on a day when God was sick”, He drinks a mezcal and talks about his novel right tobefore the endwhere he pays homage to his mother and family history.

Is it a family of many or is it special?

I don’t think it’s a special family. It is a Mexican family, yes with eccentric characters but they are everywhere. I think they all have stories to tell and that could surprise. The fiction is more in where you look at it from and how, than in the facts.

Just before the end (Random House) tells the story of the writer’s mother, a woman who faces her time and her world, in the midst of illness, violence, love and resilience. But on the other hand, it is a novel that feeds on incredible stories that happen at the same time.

Are they two novels in one?

I think so. What gives it the rhythm is the other part, the one that counts as the madness of the world. It gives you an agility and is a mirror to family history.

Did it hurt to tell the story?

No. In fact, I don’t exist, they are. I think that of my books it is the one that has hurt me the least. The novel was built a lot from love and I really enjoyed writing it. I know the strength of the main character, who is somehow my mother, I knew that nothing she told in the novel she would have on her like crockery, all of that was very seen.

Are you done with your traumas?

I had? I’ve got! Do you think that traumas end up being put into a novel? (laughs) Unfortunately not. You illuminate them all and say, what traumatotes I have! There was no such search, it was more to pay homage to her, a very Mexican character, the woman who throws herself on top of an innumerable world of people and brings them forward as she can.

You asked permission to tell his life story.

Unlike other times, I did tell him. “This can be awkward.” And my mother answered me: “Life is what it is, so so”. But she somehow wanted her story to be told. She did come out of invisibility, built a world and brought forward not only herself, but also many people. She had the openness, but now she does worry me about the other part of the family, which is broader. But if I wanted to protect someone, it was my nuclear family, although it was more like letting them know.

What did your mom think of the novel?

He started reading it and told me that he was having a hard time, he was liking it a lot, until halfway through he collapsed, his dizziness returned and he couldn’t continue.

Aren’t you afraid of what your family will tell you?

While I write I do achieve a distance, as if it were not my family (laughs) and then I regret it. I measure it more with my partner, who reads it and says to me: “Hey, are you sure about this?” And I answer yes, no way. I am not afraid. Now yes, when a journalist asks me (laughs), but of course there are characters that I protect and don’t include.

Why write such personal things?

I have written from the outside and from the inside, about migrants, dystopian novels, and it is the first time that I repeat something and it is the subject of the autobiography. Why? What I like about writing is the process of sitting down, finding the process of telling a story, that is to say, what interests me most is the way that the story and here I know it. I enjoy writing more when I can dedicate 80 percent to language, rhythm, etc., as happened to me in Not telling everything and now in Right before the end, I repeated for that reason. I always knew that I had to tell the other part, the maternal part, because I am much more the result of that woman. Let’s say that my dark side is more a result of the paternal side and my side, not dark, is much more of the mother and the story that is told in the novel.

It will always be interesting to look inside, to your origins.

All autobiographical writing is a session of psychoanalysis, it is close to the psychoanalytic process, for sure, because it is a revision, a reinterpretation, a re-signification and a reconstruction with words of events that happened. The only thing I’ve done in my life is write and, in addition, I did a complete psychoanalytic process (laughs).

What was the biggest challenge in the novel?

When you write a book you don’t think about a lot of the things that are going on and I think the hardest work was taking all the parts that were showing me out of the book. My strongest job was to make myself invisible because it was not necessary for the novel, it was to remove the narrator, remove me, remove me.

Along with the story of this wonderful woman, Emiliano Monge recounts some of the great (and crazy) events of history: the arrival of the contraceptive pill, the invention of the instant camera, the development of treatments for mental illness , the space race and the race for the perfect hearing aid, the diagnosis of the Asperger spectrum, research to extend life, etc.

How did you find all this data?

90 percent of things happened but nobody could recognize what happened or not, because the madness of the world reaches those points. Really, a soldier, for swallowing an arepa, dynamited a town? Yes sir, it happened. I didn’t have to search, it’s a personal obsession and I save the craziness of the world, every time I find one of those pieces of information I underline it and save it, and I could make an encyclopedia of absurd events.

Are you done with your personal history?

Street, I’m done. What interests me is that literature is a challenge, that each book I write is so different from the previous one that it allows me to learn to write again. I am interested in the fact that it is a hand-to-hand fight with language, words. And the advantage of literature is that anything can come.