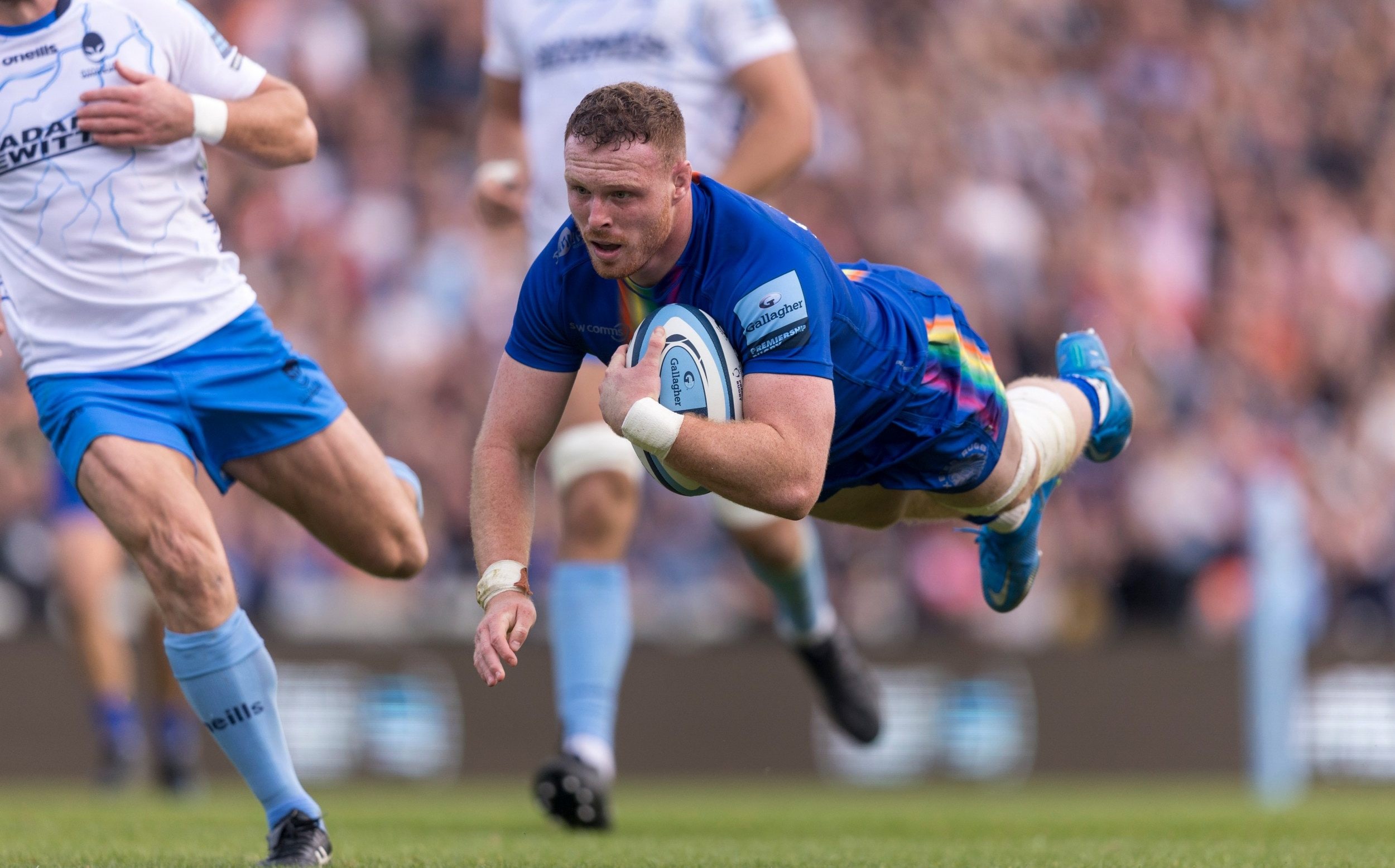 Simmonds is well known to Montpellier, having plundered four tries in two matches against them in last season’s Champions Cup, including a hat-trick in Exeter’s 37-22 defeat at Altrad Stadium.

In some respects, Exeter have been a victim of their own success as far as player retention. They lost Sam Skinner to Edinburgh last summer and saw both Jonny Hill and Tom O’Flaherty switch across the Premiership to Sale Sharks.

They have a number of influential players, such as Luke Cowan-Dickie, Jack Nowell and Joe Simmonds, up for renewal. Although the losses of Skinner and Hill would be a setback to any club side, there are young back-five forwards pushing through.

Christ Tshiunza, 20, and Richard Capstick, 22, have caught the eye at the start of this season. Both have retained their starting roles for this weekend’s encounter against Harlequins at Sandy Park as Sam Simmonds is primed for a return from the bench.

As much as it will sting to lose Simmonds Snr, a star of Chiefs’ double-winning year in 2020, figureheads at Exeter have been largely phlegmatic about their inability to keep their prize assets under the Premiership salary cap.

“It’s no secret that we were not one of the supporters to reduce the salary cap but it was done and the reality is that we’ve been very successful for many years with a great year in 2020,” club chairman Tony Rowe told Telegraph Sport last month.

“We’ve ended up, I suppose, with too many young, current internationals whose value exceeded what we could afford. But we’ve got to get on. If that’s all the money we’ve got, then we’ve got to let them go.”