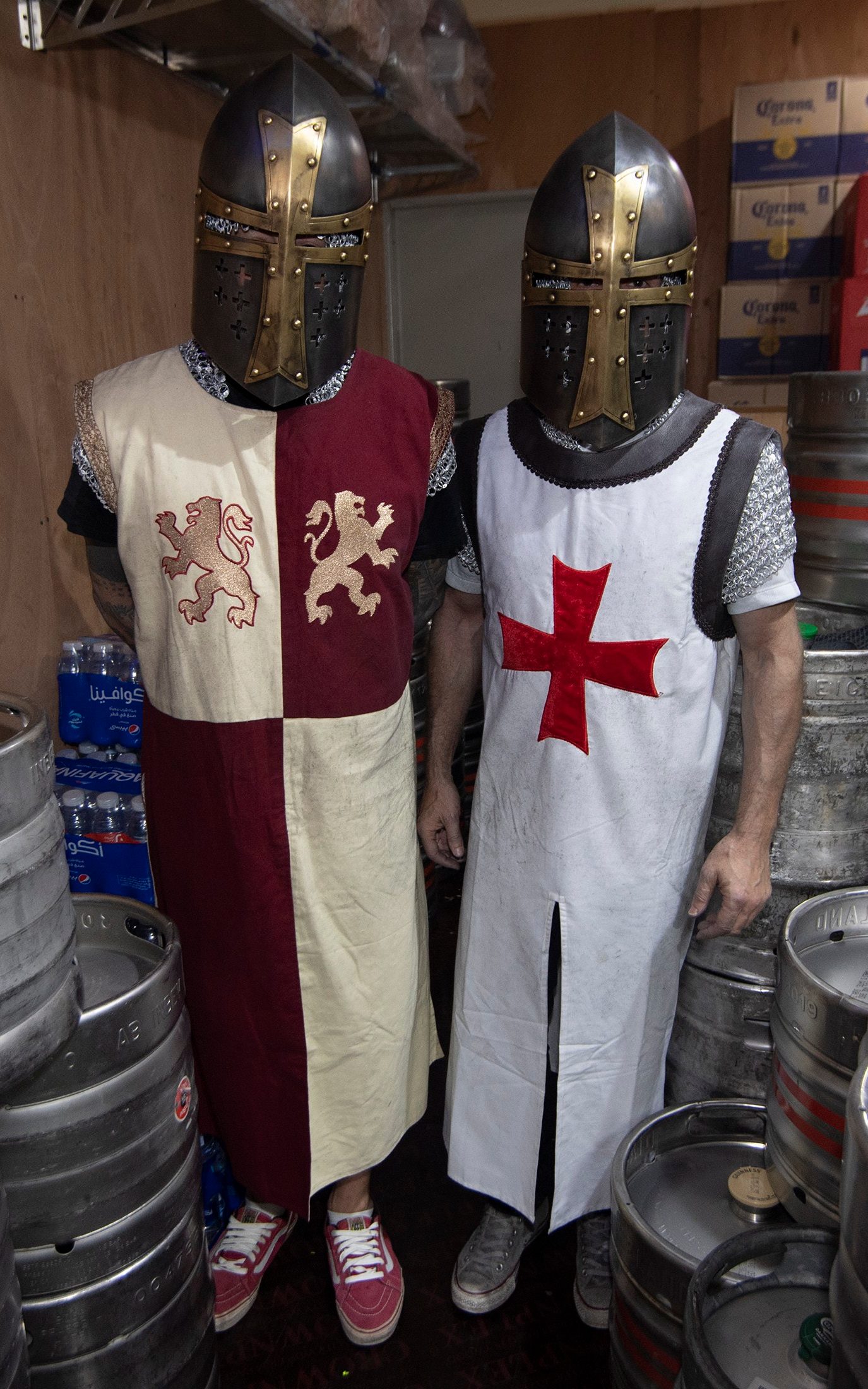 Fifa announced a ban on Crusader costumes after Islamophobia charities warned the garb could be offensive to Muslims.

In a statement Fifa said: “Crusader costumes in the Arab context can be offensive against Muslims. That is why anti-discrimination colleagues asked fans to wear things inside out or change dress.”

A spokesman for Kick It Out, a charity campaigning against racism and discrimination in football, warned fans against dressing up in knight costumes in Qatar.

“We would advise fans who are attending Fifa World Cup matches that certain attire, such as fancy-dress costumes representing knights or crusaders, may not be welcomed in Qatar and other Islamic countries. Foreign Office travel advice issued before the tournament expressed that fans should familiarise themselves with local customs, and we would encourage fans to take this approach.”

In the weeks leading up to the World Cup, British police warned of the risk of England fans inadvertently offending Qatari locals.

Mark Roberts, Cheshire Chief Constable and English National Football Lead, said:  “It’s a World Cup in a different part of the world with a very different culture, and I think one of my fears is that supporters not wishing to cause offence or cause problems may act in a way that inadvertently causes offence or draws attention.”