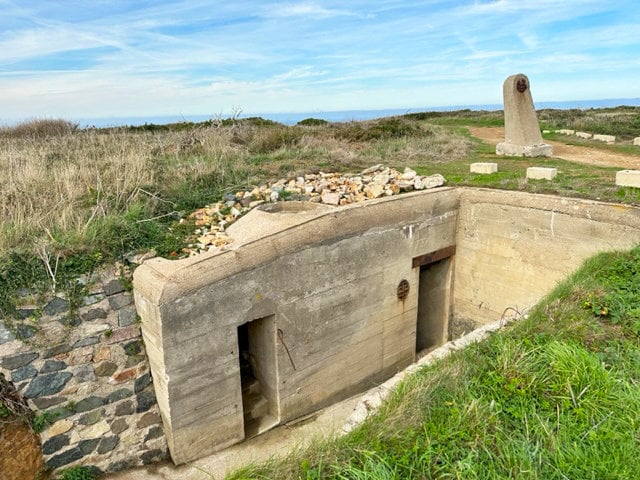 An unusual piece of World War II history has been put up for sale in Guernsey in the form of a plot of land once used by invading Nazi forces. In the listing for the plot, agents say that “the site offers a unique chance to see what D-Day might have felt like from the German perspective,” due to the Channel Islands being invaded by Germany on June 30, 1940 German forces became trapped after D-Day.

Located in the south-west corner of Alderney, the plot has seven acres of land full of Nazi trenches, gun stations and battlements built by Germans during an occupation of the British Isles. The site used to host 24 soldiers and officers from the Third Reich after they invaded Guernsey in the Channel Islands while the two bunkers on the plot of land were built sometime between 1942 and 1944.

Speaking about the unusual property listing, Bell & Co executive director Andrew Eggleston hopes that the new owner keeps it open for visitors to explore the site as they have done years before. The plot’s previous owner worked tirelessly to maintain the grounds however ill health has forced the owner into the sale.

“It would be a terrible shame if someone were to buy it and then start padlocking it. They’ve done so much work to it, it’s quite amazing” he said, following on from a statement by the estate agents stating “this is an incredible opportunity to offer seven acres of living history dating back to the second World War.”

The site in Alderney will be sold by sealed bid, with the deadline set for Friday 9 December and is expected to sell for £40,000. Andrew Eggleston has stated that interest in the site has already been declared since its listing.