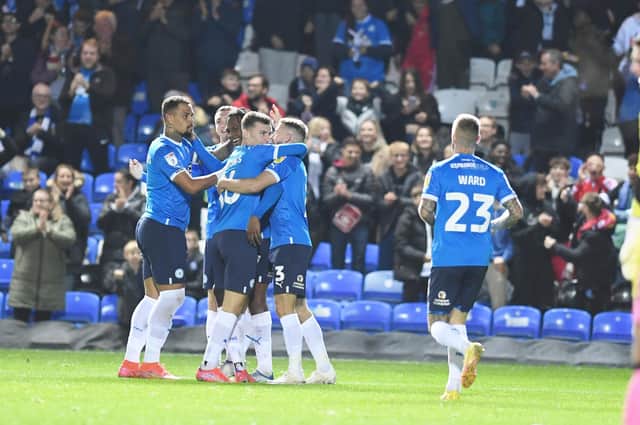 But they accept they will have to deliver title-winning form for the rest of the season to have any chance of overhauling current top two Plymouth Argyle and Ipswich Town.

Ten points from their last four games has catapulted Posh up to fourth place, but they remain eight points adrift of Ipswich and nine behind Plymouth.

The three teams directly below Posh – Portsmouth, Barnsley and Bolton – would all overtake Grant McCann’s men by winning a game in hand.

Posh chairman Darragh MacAnthony said on the latest edition of his ‘Hard Truth’ podcast: “Because of our inconsistent start we might have to win 80-90% of our home games just to be there or thereabouts this season.

“That’s the bar that’s been set by some of the strong teams in the league who have started the season really well.

“We will have to go on a stretch of six, seven, eight or nine wins in a row.

“The odd draw in there is no bad thing, but we can’t afford any more slip ups against teams at the bottom of the league that we should be beating.

“It happens, but it can’t happen often. We have had 27 shots against Burton and if you play to that standard you will win nine times out of 10.”

Posh were propelled to prompotion the last time they were in League One two seasons ago by a six-match winning run in the second-half of the season.

But Posh have lost five League One matches already this season. They only lost 11 in the entire 2020-21 campaign.

Posh manager Grant McCann insists he is ignoring the League One table and concentrating on winning the next game in front of his team which this Saturday is a trip to Wycombe Wanderers.

Posh should have a fully fit squad to choose from including highly-rated on-loan Newcastle United centre back Kell Watts.