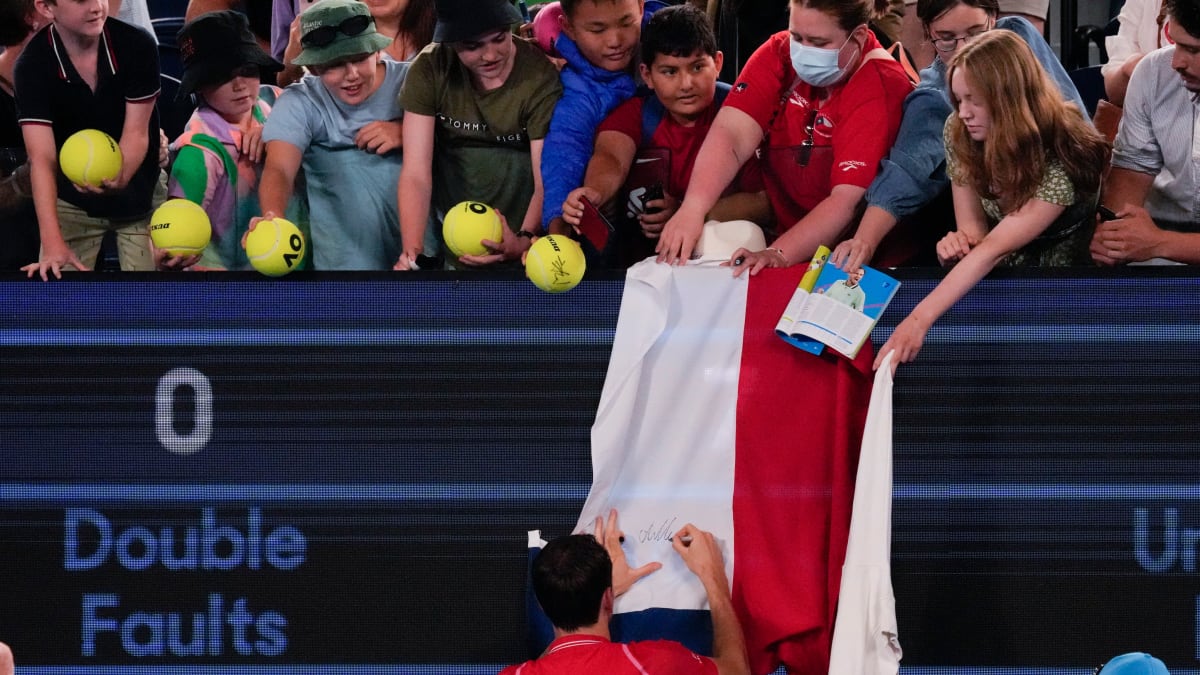 As the Australian Open nears its conclusion, fans were detained and questioned by police on Wednesday for displaying Russian flags and behaving in a “menacing way” toward security personnel, per Natasha Frost of The New York Times. Russian flags had been banned the previous week.

Russian and Belarusian flags were banned by Tennis Australia, along with Russian pro-war symbols. The decision came following an incident in which a flag was placed courtside.

Among the imagery banned is the letter “Z,” which has been adopted by Russian war supporters from the phrase “Za pobedu,” which means “for victory.” A spectator at the quarterfinal match between Russian player Andrey Rublev and Serbian Novak Djokovic removed an overshirt to display a T-shirt with a “Z” on the front.