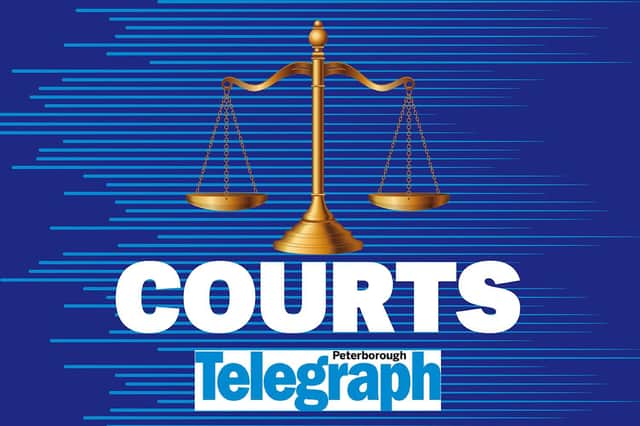 Three people have convicted of slavery after a woman they brought over to Peterborough was forced to give up her new born baby and sleep on a kitchen floor.

The victim was subjected to violence and intimidation by the trio who stole thousands of pounds from her in wages.

Cambridgeshire Police said the main offender, 51-year-old Julia Rafaelova, had persuaded the victim to travel to the UK from Slovakia in October 2013 after she had fallen pregnant during forced prostitution controlled by Julia Rafaelova . The victim was promised a better life and to be reunited with the rest of her family.

But Julia Rafaelova had no intention of keeping her promises, subjecting her to beatings if she did not do as she was told, and forcing her to live in dreadful conditions.

Pregnant victim forced to sleep on mattress on kitchen floor

Police said that when the pregnant victim arrived in Peterborough she found her family were not in the UK. She stayed in an overcrowded property in Peterborough, and slept on a mattress on the kitchen floor.

The court heard how the victim was kept in “appalling” slavery for more than four years and was even forced to give up her new-born child.

She was forced to clean the house, cook meals for the family and even shoplift. If she failed to do so she was beaten by Julia or her partner Milan Nemeth, (49).

On 22 November 2013, social services attended the victim’s address where Skarletta Rafaelova, (32), translated false information, and along with accounts from Julia the victim was forced to give the child up for adoption.

Five days later, on 28 November, the victim’s child was born, amd knowing she was unable to keep the baby and unable to speak English, she left the hospital the same day, returning to her exploitation.

PC Nick Webber said: “Their treatment of her was appalling – subjecting her to violence and intimidation as they stole from her for more than four years.

“Forcing a mother to give up her child to allow further financial gain is utterly despicable and a trauma the victim will never get over.

“Modern slavery is happening right here in Cambridgeshire. We need the public and professionals to be aware of the signs to look out for and report any concerns.”

The court heard the exploitation of the victim gathered pace after she had given up her baby.

In February 2014, the victim attended a recruitment agency with Skarletta.

She helped the victim to register with the agency, but ensured the wages were paid into a bank account of Julia.

After a brief period of working for this and a second recruitment agency, Julia decided to use the victim to claim benefits.

Julia and Skarletta completed the forms on behalf of the victim.

They claimed the victim had a serious mental health illness and forced her to go along with the scam to secure the extra benefits, as well as Carer’s Allowance for Julia.

Julia and Skarletta were both present at the necessary medicals, with Julia producing documentation from a Slovakian psychiatric institution. The victim was forced to remain silent during these consultations.

Between April 2016 and April 2019 they successfully claimed more than £41,500 in various benefits – all of which was paid into bank accounts controlled by Julia.

In September 2014 the victim was taken to another recruitment agency, with Skarletta again completing the forms.

Not content with fraudulently claiming benefits, in 2016 Julia successfully used the victim to apply for a mobility vehicle – a brand-new BMW – something she kept until 2019.

In 2017 Julia claimed working tax credits on behalf of the victim, with the money being paid into her account.

This process continued, with the victim working various jobs under other names and all wages going into bank accounts controlled by Julia.

Police said it is impossible to accurately identify how much was stolen in wages as the victim was working under several different names for more than four years.

In a statement, Cambridgeshire Police saidthe victim finally managed to escape following a chance meeting with her now partner, whom she had met three years previously on a factory production line. She was banned from speaking to him by the defendants and forced to leave the site to prevent further contact.

Following her escape Nemeth searched for the victim and tried to get her to return to the home.

On 7 November 2018 Nemeth tried to force the victim into a car but was prevented by members of the public.

In December 2018 the victim and her partner became homeless. When seeking support with accommodation the victim started to disclose what had happened to her and police were contacted.

Julia Rafaelova, of Huntly Grove, Peterborough, was found guilty of taking a child from a person having lawful control, conspiracy to defraud, two counts of fraud and knowingly holding another person in slavery.

Milan Nemeth, also of Huntly Grove, Peterborough, was found guilty of holding a person in slavery.

Skarletta Rafaelova, of Peterborough, was found guilty of taking a child from a person having lawful control, conspiracy to defraud and holding a person in slavery.

Trae Young’s Absence vs. Nuggets Was Due to Spat with Hawks Coach, per Report