We have not been able to achieve the goals we set ourselves so far, and the Earth’s wildlife continues to perish 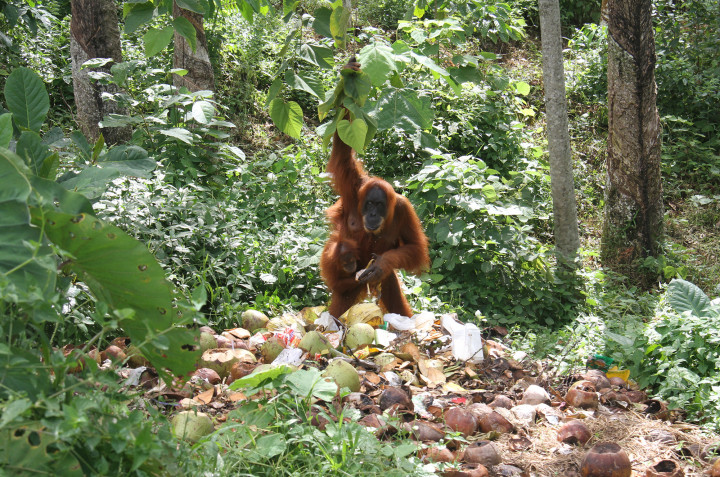 Between 1970 and 2018, the population of the 5,230 wild vertebrate species monitored by the WWF decreased by an average of 69 percent, according to a new WWF report From the Living Planet Report. This is the organization’s most comprehensive and important publication, published every even year since 1998. Among other things, the report states:

“Data collected on 32,000 stocks of some 5,230 species on the planet leaves no doubt that the UN Decade of Biodiversity, which with broad support would have transformed society’s relationship with nature,

did not achieve the desired effect.”

The Living Planet Index, which monitors populations of wild species, continues to decline sharply, despite the fact that it has become evident in recent decades that much more significant conservation efforts than the current ones are needed if we want to survive the 21st century. According to the WWF, “by 2030 we must become nature positive”, which means that by the end of the decade nature must be in a better state than it is now. “More natural forests, more fish in the oceans and rivers, more pollinators for our farmlands and higher biodiversity worldwide,” the document lists as the goals.

What is needed the least is destroyed the most

This rate is 66 percent in Africa, 55 percent in Asia and the Pacific, 20 percent in North America, and 18 percent in Europe and Central Asia. However, the fact that the destruction of wild species in the so-called developed European and American countries was less during the observed period, it does not mean that the people in these regions manage natural resources much better overall. The difference is more due to the fact that in Europe and North America serious wildlife destruction took place before 1970, while Latin America or Africa had much more species-rich and diverse habitats in 1970.

Latin America has the most diverse ecosystem on Earth, the rainforest of the Amazon basin. There is no more species-rich association on the planet, which is why if this alone is damaged, it means a serious decline in the Latin American index. However, the rain forest is hit hard: 17 percent of the forest areas there have completely disappeared, and another 17 percent have been seriously damaged. According to the latest research

“we are rapidly approaching a tipping point where the largest tropical rainforest on Earth will become inoperable.”

We are headed for a 2-3 degree warming, i.e. a worldwide cataclysm

The decrease in biological diversity is not only caused by human-caused climate change, it is only one of the significant factors. In addition, through environmental pollution, the introduction of invasive species and the destruction of natural habitats, humans also contribute to the decline of biological diversity. In the last 50 years, the latter, i.e. the destruction of natural habitats, was the main cause of the decline of biodiversity, but according to the WWF, “if we are not able to stop the rate of global warming below 1.5 degrees, then in the coming decades climate change will probably become the as the primary cause of biodiversity loss”.

According to the WWF, climate change and the reduction of biodiversity therefore represent a double crisis situation, the two factors cannot be separated from each other. The organization has also created a map of how much the increase in temperature compared to the pre-industrial age will lead to a decrease in biodiversity in certain regions of the world, it looks like this:

According to the report, “Earth’s average temperature has already risen by 1.2 degrees Celsius since pre-industrial times. […] About 50 percent of corals living in warm seas have already died for various reasons. A warming of 1.5 degrees will affect 70-90 percent of the coral populations in the seas, while

2 degrees of warming will result in more than 99 percent destruction.

Efforts to preserve and restore biodiversity have failed in all countries:

none of the 20 objectives of the Aichi Biodiversity Targets set for 2020 were met, and in some cases the situation in 2020 was even worse than in 2010.

We are also failing to reach the Paris climate goal of below 2 degrees – the current one
according to commitments, we are heading for a rise of 2-3 degrees or more. To meet the 1.5 degree target, we need to reduce global emissions by 50 percent by 2030 and reach net zero by mid-century. Unfortunately, it is likely that we will exceed the 1.5 degree target before 2040.”

Climate change is already destroying entire species, 1-2.5 percent of bird, mammal, amphibian, reptile and fish species have already died out because of it; their population size and genetic diversity have also decreased; as well as species losing their climate-defined habitats. According to the WWF, one million plant and animal species are at risk of extinction.

Increasingly frequent heat waves and droughts lead to the mass destruction of trees, birds, bats and fish. “A single hot day in 2014 killed more than 45,000 flying dog bats in Australia. The complete extinction of some populations of more than 1,000 plant and animal species can also be linked to climate change.

The Costa Rican golden toad died out in 1989 due to the lack of humidity typical of the local cloud forests. The coral reef mosaic-tailed rat, a small rodent that lived on a tiny island between Australia and Papua New Guinea, was declared extinct in 2016 after rising sea levels and a series of violent storms flooded its habitat,” the report said.

But climate change is not disadvantageous for all species, it puts some in a distinctly better situation, but it also upsets the ecological balance. Beetle and butterfly species that damage northern forest areas, for example, have better survival chances in milder winters, and thus several generations can develop each year. This, in turn, leads to mass extinction of trees in the northern temperate and northern hemisphere of North America and Europe. Also due to the warming, several species carrying diseases dangerous to humans and animals were able to conquer new areas.

Every year, we consume more than one Hungarian forest

Deforestation also leads to a decrease in biodiversity worldwide, as forests are mostly particularly species-rich habitats. Compared to this, humanity annually consumes approx. 10 million hectares of forest are lost every year, i.e. we destroy a forest area of ​​slightly more than the entire size of Hungary in order to cultivate the area or build on it, or simply burn the wood.

Yet forests store more carbon than all the recoverable reserves of petroleum, natural gas and coal on Earth.

And between 2001 and 2019, forests absorbed 7.6 gigatons of carbon dioxide from the atmosphere annually, or about 18 percent of human carbon emissions.

Forests also evaporate water and bring precipitation to the interior of the continents, and according to the WWF, their combined effect is approx. It cools the planet by 0.5 degrees.

According to the organization, “deforestation, especially in tropical areas, causes carbon emissions and leads to warmer, drier local climates, increasing droughts and fires, as well as, depending on the scale, reducing precipitation and shifting global warming.”
precipitation distribution. In Central Africa or South America, for example, the destruction of tropical forests could increase the average daytime temperature by 7-8 degrees and reduce precipitation by 15 percent in the entire region.”

According to the WWF, all is not lost, but action must be taken now. According to them, we need to build a “nature-positive future”, and this requires radical changes in the way we produce and consume, as well as transforming the global trade and financial system.

“Our society is facing the most important crossroads in our history so far.

We must face the challenge of making changes that are systemic and more profound than ever before. This is what we need to be able to sort out our vital relationship with nature. And we have to do all this at a time when we have just begun to understand that we depend on nature to a much greater extent than nature depends on us,” wrote Marco Lambertini, WWF’s International Director General, in the foreword of the report.

The Living Planet report welcomed that the UN General Assembly recognized the right of all people to a healthy environment in July 2022, according to WWF, this could bring serious changes in attitude in the future.

“The United Nations will meet in Montreal this December to adopt a new global framework for biodiversity.

This will be our last chance.

By the end of the decade, we will know whether this plan was enough or not, whether we won or lost the battle for humanity and nature. The omens are not good. So far, debates have been mired in old-fashioned thinking and narrow-minded positions, and so far there is no sign of the necessary courageous actions to create a nature-positive future.”

“I thank Elkann, the friendship with Agnelli will not be interrupted”

Koulibaly gives the round of 16 to the African champions