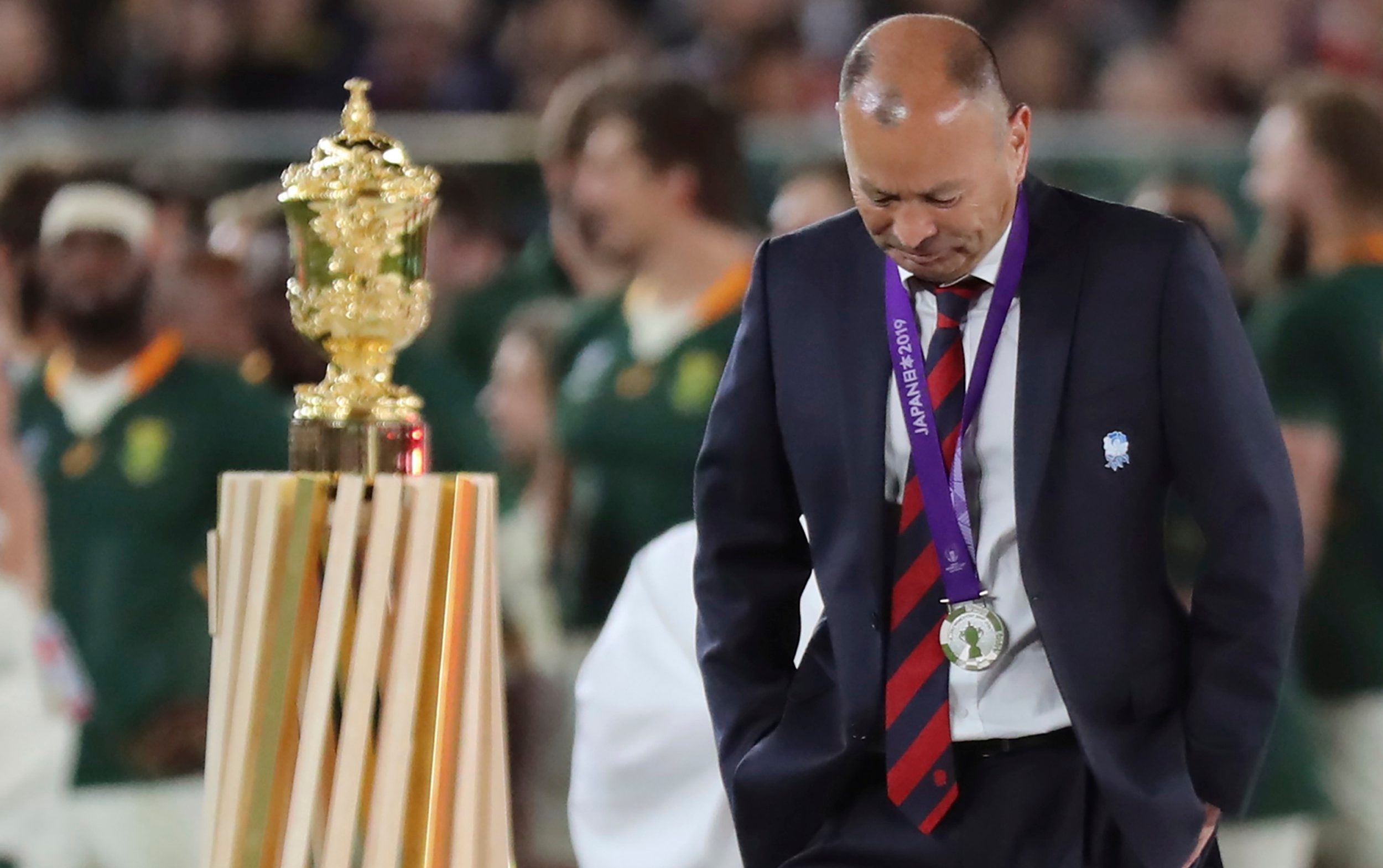 Eddie Jones has opened up on the unforgettable heartache of losing to South Africa in the 2019 World Cup final, admitting that the game remains crystal clear in his mind.

England’s scrum was destroyed that evening in Yokohama and the Springboks scored two late tries through Makazole Mapimpi and Cheslin Kolbe to land a 32-12 victory.

Siya Kolisi lifting the trophy among his jubilant team-mates quickly became an iconic image. For Jones, though, it is synonymous with regret. The England head coach still has “a 5G vision” of South Africa’s celebrations, and hopes his players can numb some of the pain by beating the same opponents at Twickenham this weekend.

“You never forget that moment, when you’re standing on the field and you see the opposition getting their gold medals,” said Jones, who also lost in the final of the 2003 World Cup as Australia head coach.

“You hear the crowd going crazy and you’re standing there like a spectator. All the work you’ve done over a long period of time means nothing to you, at that period of time.

“That never leaves you and there will always be something in the players who played in that game – you can never change the result but you can change the feeling you have. That’s the opportunity for a number of our players this weekend.”

One of those returning players is Owen Farrell, poised to start at inside centre in between Marcus Smith and Manu Tuilagi. The England captain conceded on Friday that the World Cup final defeat “comes back round sometimes” in his mind.

“We didn’t give the best of ourselves on the biggest stage that we had,” Farrell said. “But, at the same time that leads you on to where you are now, so hopefully we can use it in a good way.