A whistle against gender-based violence: Juve breaks the silence 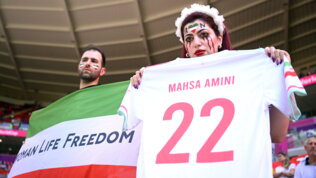 Once again Juventus joins the United Nations Orange the World campaign against gender-based violence, inviting people to break the silence. “We blow an orange whistle as an act of protest against gender-based violence. Reporting can help change one’s own story or that of someone else” the Juventus club wrote on Twitter, accompanying the text with four photos of Kean, Rabiot, Church and Bremer with the orange whistle in their mouths.

THE JUVENTUS RELEASE
A statistic from the World Health Organization report 2021 reminds us that in the world, at least one in three women suffers violence in the course of her life; Gender-based violence is a widespread socio-cultural phenomenon that can manifest itself anywhere and in a thousand forms: on the street, in the workplace, at home, on the web, through gestures, or perhaps words that humiliate, denigrate, hurt, reinforcing stereotypes and attitudes negatives.

This is unacceptable! Juventus, therefore, once again this year adheres to the United Nations Orange the World campaign, inviting you to break the silence.

A confirmation by the Club of the will to follow up on its long-term projects based on concrete actions, in which the difference in the fight against all forms of prejudice and discrimination is dictated not only by actions but by the real understanding and identification of those phenomena that hinder inclusion.

Blow the whistle on violence against women wants to shift attention from silence to noise of the data still reported today and on the different forms that violence can take. How? Through the symbolic article of the campaign: an orange whistle, given free to anyone who makes a purchase on Friday 25 November in the Juventus stores, online and physical in Turin, Milan and Rome.

At the same time, Juventus strengthens its commitment through a further concrete gesture: Juventus will donate an amount to the Libellula Foundation which will be measured on the purchases made during Black Friday in the Juventus online store.

The Libellula Foundation was created with the aim of acting on a cultural level to prevent and combat violence against women and gender discrimination. Through its Network, Libellula operates in companies with dedicated activities on stereotypes, harassment, empowerment and inclusive language. It also carries out treatment projects to financially support women who emerge from situations of violence, promote their reintegration into work, help hospital staff recognize the signs of domestic violence.

Brazil anxious for Neymar. The father: "He will only come back for the final"