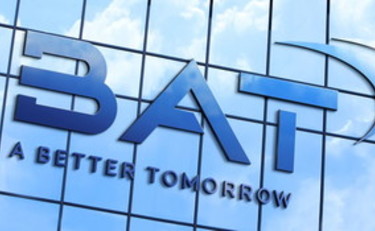 ROME (ITALPRESS) – With regard to the current draft maneuver for 2023, which sees the inclusion in article 28 of a regulatory provision that introduces a structural tax reform on excise duty on manufactured tobacco and substitute products for smoking, BAT Italia wishes to underline in a note that this “Tax Reform Initiative” appears to be “anti-competitive, as it causes a non-homogeneous increase in the taxation of cigarettes in relation to different sales brackets, and therefore unsustainable and cannot be shared for reasons both of method and of merit”.
“In the method – we read – the use of a financial package as an instrument for structural fiscal reforms in a complex sector such as tobacco and substitutes cannot be shared, in the absence of a fiscal delegation to the Government which allows, on the basis of the principles of better regulation, the transparent hearing of all the players in the supply chain, the proactive involvement of the Customs and Monopolies Agency (ADM) as the governing body of the sector, including the necessary and dutiful Regulatory Impact Analysis (AIR) to evaluate it transparently competitive neutrality and sustainability”.
As recently highlighted by ADM with the presentation of the Blue Book, the sector as a whole has shown an increasing trend compared to previous years, demonstrating the effectiveness of the current system.
On the merits, underlines BAT Italia “the intention to reduce the increase in the tax incidence on the heated tobacco segment envisaged by the law in force, which will produce, in constant volumes, a higher tax revenue of over 100 million euros in the sole 2023, without the need for any further regulatory intervention, going from the current 35% to 40% of the tax incidence on cigarettes starting from 1 January 2023. On the contrary, on the basis of the Tax Reform Initiative, this increase would be remodulated and divided into individual increments of 1.5% on an annual basis, so as to progressively reach the 40% threshold only in 2026”.
According to the company, “the further paradox is that to compensate for the resulting loss of revenue of over 100 million, a structural tax reform of traditional cigarettes would be introduced that seriously distorts competition, increasing the tax burden differently depending on the product price. For example, on a 6-euro package the 2023 increase would be equal to 0.21 euros, while on a 5-euro package it would be as much as 0.36 euros and therefore, in addition to distorting competition, this measure would affect the most popular product on the market.
“What makes the overall picture deriving from this even more incomprehensible is the circumstance that the tax regime currently in force allows, without the need for any reform, to increase the basic incidence and the minimum tax burden, respectively by 0.5% and 2%, so as to determine an increase of 13 cents/package on all price segments of the market – explains BAT -. A solution that would produce, in constant volumes, a greater revenue from traditional cigarettes for 2023 alone of around 80 million euros which would add up to the over 100 million greater revenue from heated tobacco, generating a total incremental revenue of at least 180 million in 2023 alone”.
BAT Italia “can therefore only reiterate how in substance and form this Tax Reform Initiative is unsustainable and express concern about its seriously distorting effects in terms of neutrality on market dynamics, as well as such as to have a negative impact on a supply chain entirely Italian in which BAT has continued to invest for years, including, most recently, the new production center located in Trieste, the Innovation Hub”. “A 500 million investment that creates 2,700 direct and indirect jobs, in the advanced start-up phase with the first production line operational since the end of December of this year”, concludes the note.

SpaceX gets federal approval to launch 7,500 satellites to grow its communication network